23/02/2021 More than 6,500 migrant workers from India, Pakistan, Nepal, Bangladesh and Sri Lanka have died in Qatar since it won the right to host the World Cup 10 years ago, the Guardian reveals.

17/02/2021 Cetaceans’ culture; in French here
Like us, sperm whales have families, they have strong affiliations with a few individuals and they are extremely social. Such a social environment is the perfect substrate for culture.

17/02/2021 Overall, the global energy transition dynamics can only be achieved through the intensification of mining operations around the world and thus lead to an increase in water consumption.

12/02/2021 Eight children who claim they were used as slave labour on cocoa plantations in Ivory Coast have launched legal action against the world’s biggest chocolate companies. They accuse the corporations of aiding and abetting the illegal enslavement of “thousands” of children on cocoa farms in their supply chains.

12/02/2021 Despite state repression, farmers angry at the deregulation of the agricultural sector have never been more numerous around the Indian capital. Many supply the “autonomous republic” with rotations. Behind the fight against shameful reform are decades of resentment.

10/02/2021 Plastics: ‘It is no longer possible to clean up the oceans’, say French researchers

09/02/2021 A group of Inuit hunters have braved nearly a week of freezing temperatures to blockade a remote iron mine in northern Canada, in protest over an expansion plan they say will harm local wildlife.

08/02/2021 Indian Farmworkers Blockade Roads as Mass Protests Show No Sign of Slowing Down: In India, farmworkers blockaded roads across the country as they continue a historic mass protest against Prime Minister Narendra Modi’s reforms that seek to deregulate agricultural markets. Tractors, trucks and tents blocked traffic for several hours Saturday as the U.N. urged authorities to respect the right to peaceful assembly.

25/01/2021 Vreni Huussermann, a life in the service of Patagonian biodiversity

22/01/2021 In South Tyrol, on the Italian side of the border, the town of Malles Venosta resists the giants of industrial apple cultivation by defending a pesticide-free territory

21/01/2021 Members of the Auyu tribe of Papua, Indonesia, are demanding a halt to the operations of palm oil company PT Indo Asiana Lestari (IAL), which appears to be gearing up to clear their ancestral forests.

20/01/2021 For commodities, the year begins with a bang after a 19% decline in 2020
20/01/2021 In the Democratic Republic of Congo (DRC), some 40 of the pygmies have been massacred last week in an attack attributed by the authorities of Ituri province to allied Democratic Forces (ADF) fighters against the village of Abembi.

19/01/2021 After two months of protests against the liberalisation of the agricultural sector, farmers have been granted a freeze by the Indian Supreme Court. Not enough for farmers, who demand the outright withdrawal of three relevant laws. Massed around New Delhi with impressive logistics, the farmers do not intend to back down.

13/01/2021 A ‘ghastly future of mass extinction’ and climate disruption‘
New scientific report comes months after the world failed to meet a single UN Aichi biodiversity target, created to stem the destruction of the natural world, the second consecutive time governments have failed to meet their 10-year biodiversity goals

13/01/2021 Feminist anthropologist and writer campaigning in Uganda
In an election campaign that has become increasingly violent, Nyanzi is standing to be the elected MP for Kampala, as part of the growing nationwide opposition to the 35-year presidency of Yoweri Museveni.

12/01/2021 Britain is one of the biggest producers of plastic waste in the world, second only to the US. It exports about two-thirds of its plastic waste.

08/01/2021 Climate crisis: 2020 was joint hottest year ever recorded
The Arctic and northern Siberia saw particularly extreme average temperatures in 2020, with a large region 3C higher than the long-term average and some locations more than 6C higher. This resulted in extensive wildfires, with a record 244m tonnes of CO2 released within the Arctic Circle.

23/12/2020 5 things you need to know about carbon inequality
The world’s richest 10% of people were responsible for more than half of the carbon added to the atmosphere between 1990 and 2015.In those 25 years alone, they blew one third of our remaining global 1.5C carbon budget, compared to just 4 percent for the poorest half of the population. The richest 1% of the world’s population were responsible for more than twice as much carbon pollution as the 3.1 billion people who made up the poorest half of humanity.

22/12/2020 Norway’s Supreme Court on Tuesday ruled not to overturn the Norwegian government’s approval of new licenses for offshore oil drilling in the fragile Arctic region.

21/12/2020 The NGO Mighty Earth on Monday (December 21st) published data from its tool to monitor deforestation related to soybeans and livestock. They reveal that many western and asian companies associated with large farms that have cleared dozen of thousands hectares of forest.
“The LDC group, Europe’s number one poultry company behind the brands Le Gaulois, Maître Coq, or Marie, is complicit in this deforestation by selling chickens fed brazilian soybeans,” the organisation accuses.

18/12/2020 Using barrier modelling and extensive field ground-truthing, the study estimated that there are least 0.74 barriers per km of stream, and produced the first comprehensive pan-European barrier inventory, the AMBER Barrier Atlas. “The extent of river fragmentation in Europe is much higher than anyone had anticipated”, says Barbara Belletti, a river geomorphologist who led the study at Politecnico di Milano and is now at CNRS, the French National Centre for Scientific Research. In French.

10/12/2020 “Every time we update the list, we confirm what we already know, we lose biodiversity at an unprecedented rate,” warns Craig Hilton-Taylor, president of IUCN’s Red List Unit. Species loss is now between 100 and 10,000 times faster than the natural extinction rate. “

06/12/2020 Namibia: Threat of Fracking Looms Large Over Okavango Delta and Other Conservation Areas. Read the National Geographic detailed analysis on this topic.

01/12/2020 Understanding parasites is urgent because the climate emergency could wipe out one in three parasites, according to another paper, published in Science Advances in 2017

30/11/2020 Australia under extreme heatwaves once more. The heat has been more notable than the bush fires at this point, with Sydney seeing back-to-back days with temperatures exceeding 104 degrees (40 Celsius) over the weekend, a feat that had not been accomplished during the month of November in 160 years of record-keeping.

30/11/2020 Shell in court over claims it slowed fossil fuels phase-out; it has broken Dutch law by knowingly hampering the global phase-out of fossil fuels, in a case that could force the company to reduce its CO2 emissions.

14/11/2020 Super-rich are preparing to protect themselves from climate change and any new health emergency. Interest soars in range of products from bunkers with purified air to evacuation and medical services

24/10/2020 Natural disasters have almost doubled in the last 20 years: In these disasters, 1.23 million people have died, approximately 60,000 for each year, and more than four billion people have been affected. Moreover, fatality rates in developing countries have been much higher, at least four times higher than developed countries.

23/10/2020 Even though the civilization has emitted about 7% less CO2 because of the Covid crisis this year; the CO2 concentration is still rising in the atmostphere (altough at a lower pace)

23/10/2020 South African environmental activist shot dead in her home: Fikile Ntshangase had opposed plans to extend the Somkhele coal mine because of its environmental impact

20/10/2020 Total [French oil company] ’s Uganda oil projects ‘hurt tens of thousands’: NGOs
The human rights of thousands of people in Uganda and Tanzania and the biodiversity of the region have been threatened by the oil projects of French oil giant Total in the East African region, says a report.

15/10/2020 Kayrros Surveillance Technology Reveals Dramatic and Unexpected Annual Increase in Large Methane Leaks
About methane emissions: currently there is uncertainty about the quantity of methane emitted from offshore global oil and gas infrastructure.

14/10/2020 “Last year in Beijing, during a heatwave, 50% of the power capacity was going to air conditioning,” says John Dulac, an analyst at the International Energy Agency (IEA). “These are ‘oh shit’ moments.”

There are just over 1bn single-room air conditioning units in the world right now – about one for every seven people on earth. Numerous reports have projected that by 2050 there are likely to be more than 4.5bn, making them as ubiquitous as the mobile phone is today. The US already uses as much electricity for air conditioning each year as the UK uses in total. The IEA projects that as the rest of the world reaches similar levels, air conditioning will use about 13% of all electricity worldwide, and produce 2bn tonnes of CO2 a year – about the same amount as India, the world’s third-largest emitter, produces today. 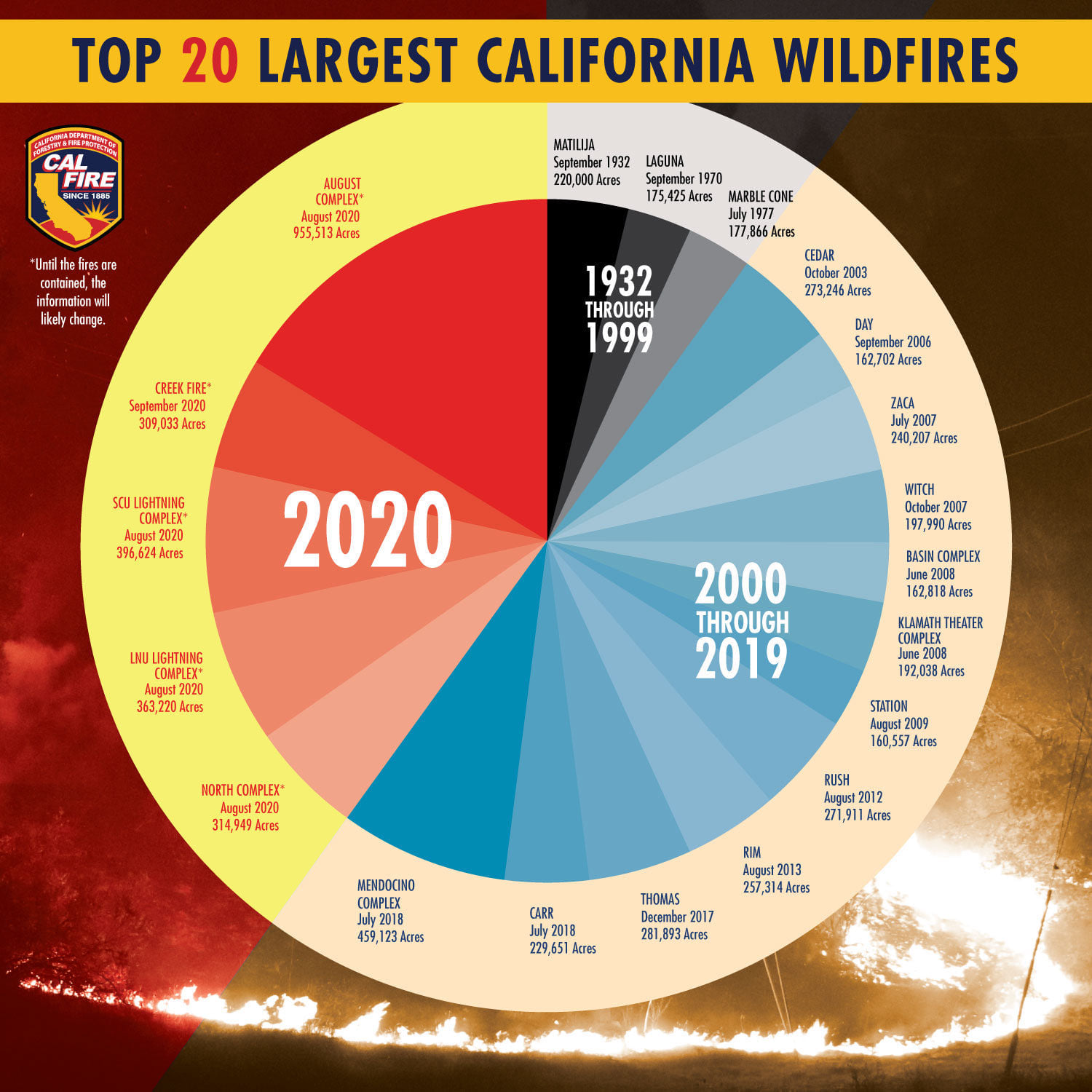 30/09/2020: The Arctic hasn’t been this warm for 3 million years – and that foreshadows big changes for the rest of the planet
The ice today covers only 50% of the area it covered 40 years ago in late summer.

25/09/2020 Major legal victory for endemic species in Ecuador and the Rights of Nature, in French here

21/09/2020: In less than 40 years, the sea level has risen by 1.4cm. This spill has consequences on ocean currents, upsetting the climate balance.
The total melting of Antarctic ice would cause the sea level to rise by 57 meters; that of the Greenland ice would make the seas rise by 7 meters.
Antarctic ice is melting 6 times faster than 40 years ago. Between 1979 and 1990, the continent would have lost an average of 40 billion tonnes of ice mass per year, but as of 2009 this loss increased to 252 billion tonnes each year.

17/09/2020: The massive fires (from West Coast of the US) are also throwing off significant amounts of pollutants. Satellite readings taken over the last week show high-altitude concentrations of carbon monoxide that are more than 10 times above normal, according to NASA.

Only approximately 1% of this heat resides in the atmosphere. The vast majority of excess heat (89%) is absorbed by the ocean. New assessments of borehole measurements show that the land heating is 6%. About 4% of excess heat causes loss (melting) of both land ice and floating ice.

13/09/2020: Killer whales are said to be ramming and harassing sailboats traveling along the Spanish and Portuguese coasts in a series of incidents that have left scientists baffled.

Orcas are very intelligent and curious mammals. So it’s no wonder they follow a boat closely, interacting with the rudder, but they never make such attacks. Their behavior is considered “very unusual” and “disturbing” by scientists, who believe that the orcas may be aware that human activity is disturbing their ecosystem.

The Spanish maritime authorities recommend that ships “keep their distance” from cetaceans. But reports from sailors around the Strait of Gibraltar in July and August suggest it could be difficult.

The thirteenth edition of WWF’s biennial flagship publication gives an overview of the state of the natural world through the Living Planet Index (LPI), which tracked almost 21,000 populations of more than 4,000 vertebrate species between 1970 and 2016. The LPI revealed a 68% average decline in global vertebrate species populations between 1970 and 2016.

Wildlife populations found in freshwater habitats fell by 84% – the starkest average population decline in any biome, equivalent to 4% per year since 1970.

30/08/2020 How the Amazon rainforest could self-destruct Climate change, along with the fires and other man-made forces, appear on the verge of triggering a significant change in the Amazon’s weather system.

The amount of plastic waste flowing into the ocean and killing marine life could triple in the next 20 years, unless companies and governments can drastically reduce plastic production, a new study published on Thursday said. 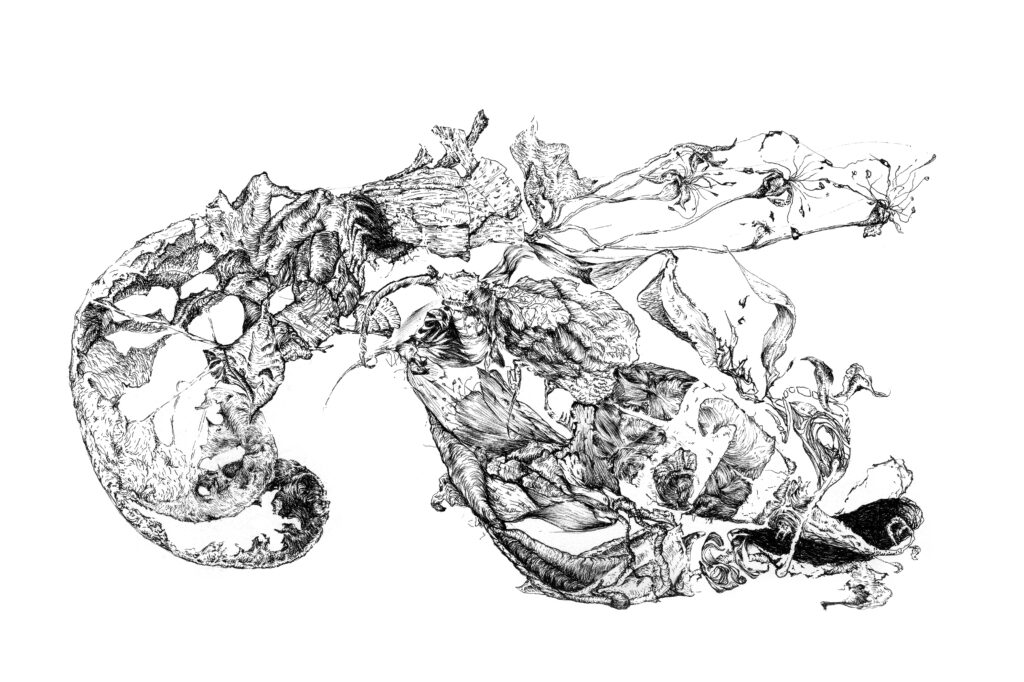